Where Did Above Ground Pools Get Their Start? 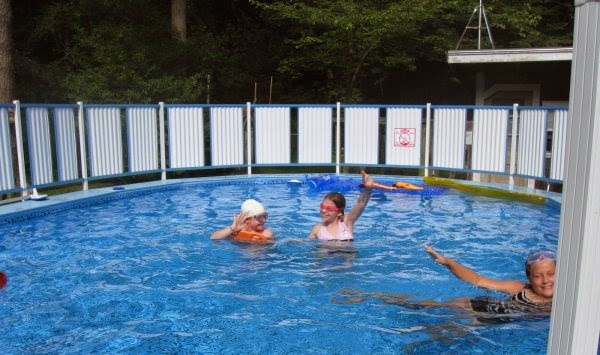 Today, we are going to provide our readers with a little history lesson about the origins of the above ground pool. These water features got their start back in WWII with Domain Industries. The U.S. Army had to think of a way to seal cans of food so that soldiers would always have something readily available in their packs to eat while on a march or when resting for the night.

Domain Industries re-named their product line that made the can seals to Doughboy Plastics Division in 1947. During this time, the company began making and selling outdoor entertainment products, including beach balls, toys, and small pools.

These pools were mostly geared toward small children and were made mostly of galvanized steel materials. After WWII, these water features became a status symbol for many American homes, and they were beginning to be made and sold with concrete materials instead of the steel.

Doughboy Plastics was eventually re-named Doughboy Recreational and they began innovating their original pool design. They started becoming much more attractive, affordable, and were designed with a flat top ledge.

In 1974, Marty Hoffinger of Hoffinger Industries purchased Doughboy Recreational and they eventually became the biggest above ground pool manufacturer in the country. The manufacturing facility is located in Arkansas in a 660,000 square foot complex.

For more information about getting your own swimming pool, please contact us here at Ambassador Pools. We serve New England, including all of Massachusetts, Hudson Valley, western PA, and parts of the Midwest, including Cleveland, Akron, and Canton in Ohio.

IF YOU WANT TO ENJOY AN ABOVE GROUND POOL IN 2022, YOU NEED TO ACT NOW.

GET A NO-OBLIGATION QUOTE